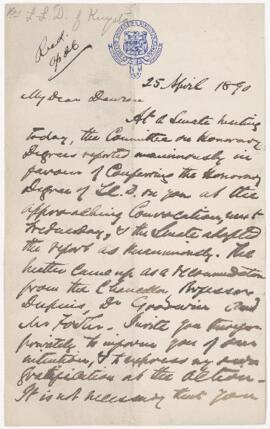 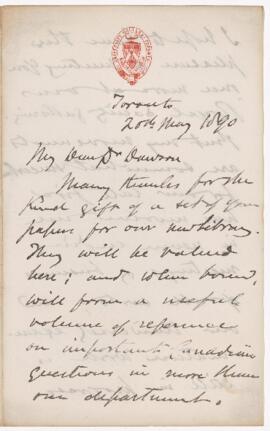 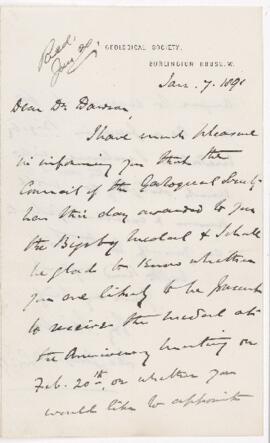 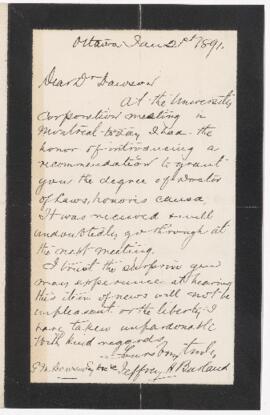 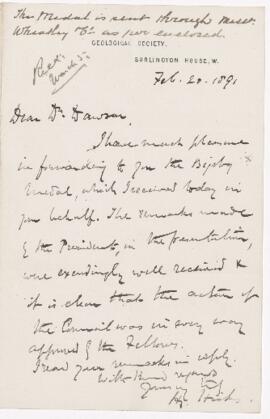 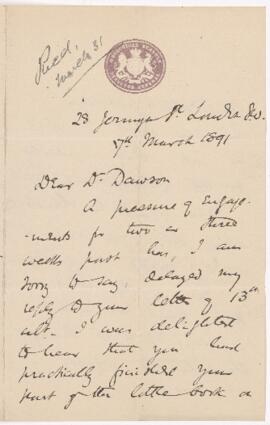 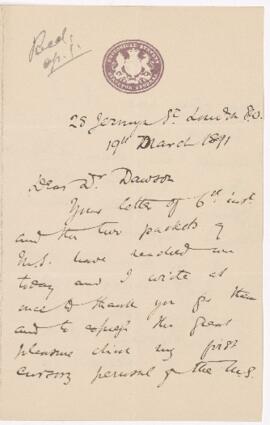 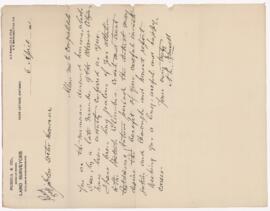 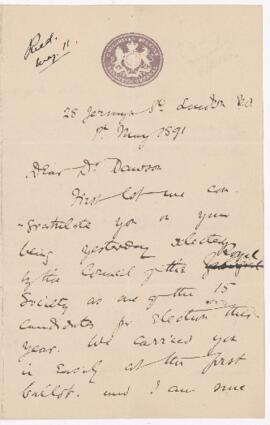 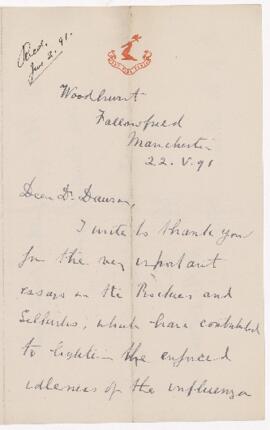 The geologist and explorer George Mercer Dawson was born in Pictou, Nova Scotia, and moved to Montréal in 1855 when his father, John William Dawson, became Principal of McGill. At the age of eleven, he contracted an illness which resulted in permanent spinal deformity and the stunting of his growth, but he vigorously resisted the role of invalid and completed his education under private tuition.

After a year as a partial student at McGill, he enrolled in the Royal School of Mines, London, whence he graduated in 1872 with highest honours and the title of Associate. After a brief period surveying mines in Nova Scotia and teaching chemistry at Morrin College, Québec, he was appointed geologist and botanist to the British North American Boundary Commission, and made his first surveying trip to the Canadian West.

His travels were even more extensive after 1875, when he became geologist with the Geological Survey of Canada; they resulted in numerous published reports and articles, primarily on the mineral resources of the Prairies, northern British Columbia and the Yukon, but also on the botany, geography, and ethnography of this region.

In 1883, he became assistant-director and, in 1895, Director of the Geological Survey of Canada, which he headed until his death in 1901. He assisted in negotiating treaties affecting natural resources, notably as Commissioner in the Bering Sea seal inquiry of 1891-92, for which work he was awarded the C.M.G. A member of numerous scientific associations, Dawson was President of the Royal Society of Canada in 1893.