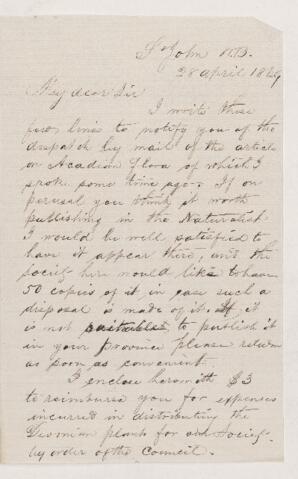 He was a civil servant, geologist, paleontologist, curator, and author. He attended the Saint John Grammar School and entered public service in 1853 as a clerk in the provincial Treasury Department. He was appointed chief clerk of the Saint John customs service in 1879 and surveyor of customs in 1893, a position he held until his retirement in 1915. In 1857, he helped found the Steinhammer Club, the direct precursor of the Natural History Society of New Brunswick. Matthew became the first curator of the Natural History Society of New Brunswick. He also worked for the Geological Survey of Canada. He was a charter member of the Royal Society of Canada and published more than 200 scientific papers. He received honorary doctorates from Laval University and the University of New Brunswick and was awarded the Geological Society of London's Murchison Medal in 1917.