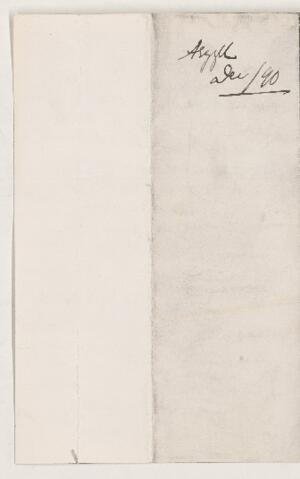 Scottish peer and polymath George Campbell succeeded his father to become the eighth Duke of Argyll in 1847, and went on to a career as a Liberal politician under both Prime Minister Palmerston (as Privy Seal 1852-55 & 1859-66 and Postmaster General 1855-58) and Prime Minister Gladstone (as Secretary of State for India). He broke with Gladstone in 1881 on the latter's idea of home rule for Ireland.
He is best known, however, for his extensive writings on science, theology, economy and politics. Topics ranged from fossils (one of his tenants on the isle of Mull found fossilized leaves embedded with basalt lava) to the principles of bird flight (with hopes of advancing artificial flying machines). He also wrote about his opposition to Darwin's theories.
His work as an amateur scientist garnered him the role of president of various scientific societies including the Geological Society of London and numerous honorary abbreviations after his name. He also served as chancellor of St. Andrews University and then as rector of the University of Glasgow.