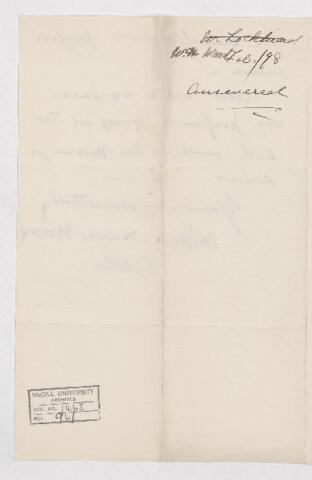 Clergyman, newspaper editor, and orientalist William Hayes Ward was born in Abington, Massachusetts. He began his education at Berwick Academy in Maine; conveniently, the school was next door to his family home, Hayes House. He then graduated from prestigious Phillips Andover Academy in 1852 and Amherst College in 1856. Next came Andover Theological Seminary in 1859 and marriage to Ellen Maria Dickinson in Sudbury, Massachusetts. As a Congregationalist pastor, he worked from 1859 to 1860 in Oskaloosa, Kansas, first of many locations in a varied career. A stint as a professor of Latin at Ripon College in Wisconsin from 1865 to 1868 was followed by a move to New York City where he was on the editorial staff of the New York Independent. By 1896, he had been promoted to editor-in-chief, a post he held until 1913. His main interest, however, was ancient Middle Eastern history, and in 1884-1885, he became director of the Wolfe Expedition to Babylonia; his report on the trip was followed by several books on the subject. He was elected president of the American Orientalist Society twice (1890-1894 and 1909-1910).