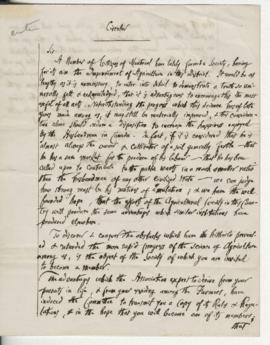 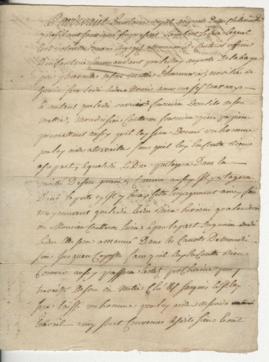 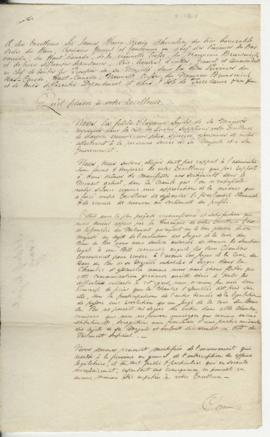 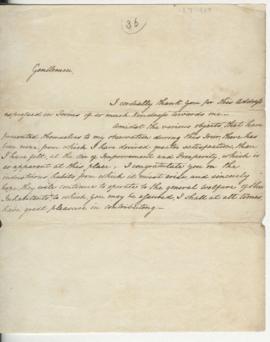 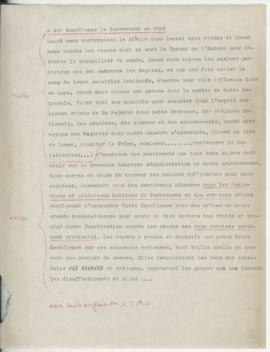 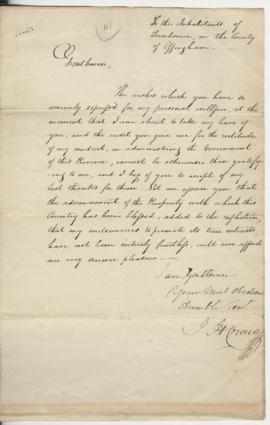 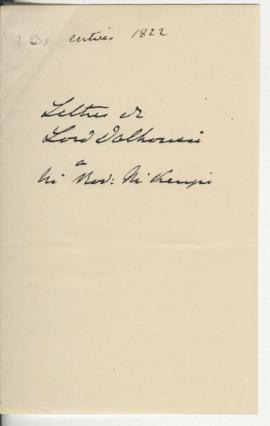 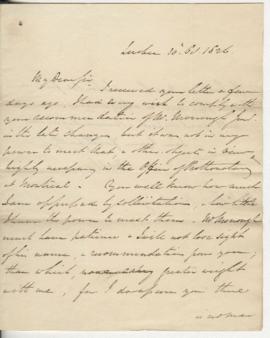 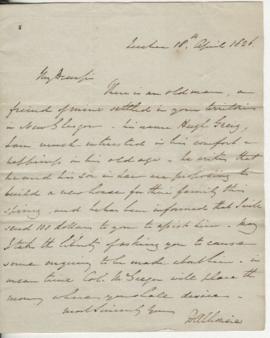 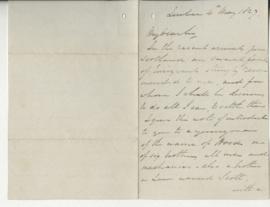 Roderick Mackenzie (c. 1761-1844) who had been a partner in the North-West Company, conceived the idea of writing a survey and history of the Canadian North West. In 1806 he had printed a circular letter that he sent out requesting information for his survey. He was interested in geography, longitude and latitude, mountains, rivers, the weather, the soil; flora and fauna and methods of hunting; the First Nations and their history, culture, morals and government; and the history of the fur trade. And his letter included a long list of vocabulary as well. All these were to serve as hints to his informants. Mackenzie had as his model The Statistical Account of Scotland published in the 1790s in twenty-one volumes by Sir John Sinclair. One example of the responses to Mackenzie's circular letter is the series of letters George Keith in the Mackenzie River Department sent him from 1807-1817 in which he described the country, the climate and the inhabitants. He also included a vocabulary list and First Nation stories including a creation myth.

The collection was inherited by Louis-Rodrigue Masson (1833-1903) from his grandfather-in-law Roderick Mackenzie. Part of the material was acquired by McGill University at the sale of Masson's library in 1904 (19 of 22 available lots of material related to the North West Company, and three additional lots also included in this collection). One item was acquired later as a gift. The rest of the material in the collection was kept in the Masson family until sold to a Montreal-area collector in the 1990s.

The collection consists of documents amassed by Roderick Mackenzie. Among the Masson manuscripts there are other series of letters; as well as journals kept by North-Westers and various business documents. Some of this material exists as originals; others are contemporary copies - the George Keith letters for example are contemporary copies on paper watermarked 1827. The collection also includes some duplicate texts - contemporary copies or later nineteenth-century copies that in some cases represent edited versions of the texts. Samuel Wilcocke's account of the death of Benjamin Frobisher exists in a draft original (or contemporary copy) and in a late nineteenth-century clean copy. Of course Benjamin Frobisher did not die in the dramatic circumstances as recorded by Wilcocke, but peacefully in Quebec City in 1821.

English, with some French.

In 2001, a digital project created transcriptions and digital versions of the Masson Papers (series 1 of the Collection) held at McGill. For these see: Pursuit of Adventure: The Fur Trade in Canada and the North West Company: http://digital.library.mcgill.ca/nwc/