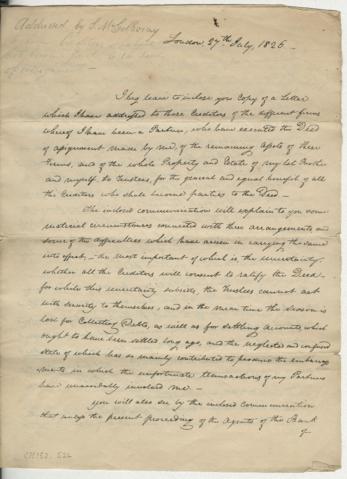 Simon McGillivray was born about 1783 or 1785, in Dunlichty parish, Inverness-shire, Scotland.

He was a businessman. His education was paid for by his wealthy uncle Simon McTavish, of Montreal, who also provided him and his two brothers with careers within his fur-trading empire. He worked at the McTavish, Fraser & Co. in London to maximize profits for the Montreal firm. He became a partner of the firm in 1805 and in 1811, he was made a partner of the parent company in Montreal, McTavish, McGillivrays & Co. In 1821, Simon took a leading role in merging the family-owned North West Company with the rival Hudson's Bay Company. By 1825 their Montreal and London firms, McTavish, McGillivrays & Co., and (since 1822) McGillivrays, Thain & Co. went bankrupt and they were left in debt. His London career continued to prosper. In 1829, Simon was chosen by the United Mexican Mining Association of London to go to Mexico to help reorganize the administration of the company's silver mines. In 1835, he became a co-owner of the Morning Chronicle and London Advertiser. A Freemason in London, from 1822 he held the position of Provincial Grand Master of Upper Canada, a position he held until his death. In 1838, he was elected a Fellow of the Royal Society.