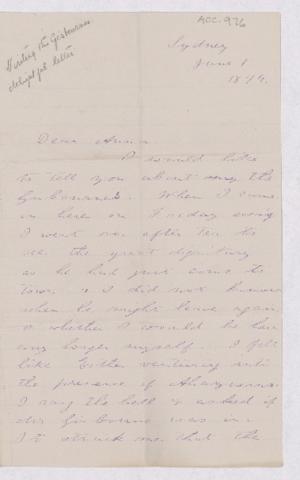 Although William Bell Dawson is less well known than his more famous scientist father, Sir William and older brother George, he became a serious engineer in his own right. Born in 1854 in Pictou, Nova Scotia, by the time he was ready for university, his father had become principal of McGill and that is where he received his B.A. with honors in 1874, also receiving the Logan medal. He continued with his studies and achieved a B.A. Sc.in 1875, then in 1879 went to the Ecole des Ponts et Chaussees in Paris for three years while also obtaining an M.A.E. from McGill in 1880.

With this educational background, he returned to Canada and began working for Dominion Bridge in 1882. Following his marriage in 1883 to Florence Jane Mary Elliott, daughter of General Elliott, he took a post with the Canadian Pacific Railway in 1884 where he continued to design railway bridges and was involved in arbitration between the Canadian government and CP concerning the quality of construction of some of the British Columbia sections of the railway.

Perhaps his most important work was as superintendent of the Canadian government’s Department of Marine and Fisheries Tidal Survey, a monumental task at which he spent 1893 to 1924 drawing up tide tables for the principal Canadian harbors, and for which he gained membership in the Royal Society of Canada. During much of this time, he and his wife and son Victor (born in 1885) lived in Ottawa at 436 Gilmour Street.

He was a prolific author writing many books and tracts on tides. After his retirement in 1924 and until his death in 1944, he devoted himself to writing on the relationship between religion and science, a topic that had also interested his father. His best known works are Forethought in creation (1925), Evolution contrasted with Scripture truth (1926), and The Bible confirmed by science (1832).

Letter from William Bell Dawson to Anna Dawson, written at Sydney, recounting his stay with the Gisbournes.