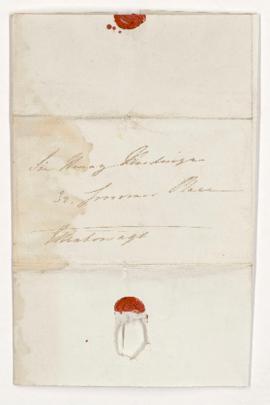 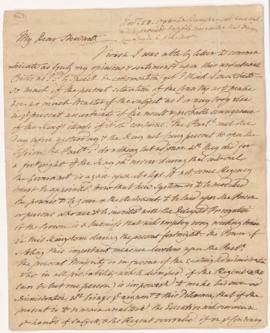 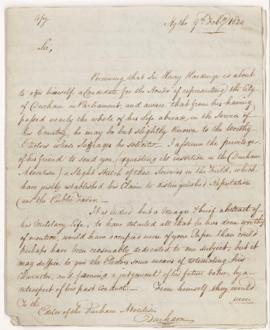 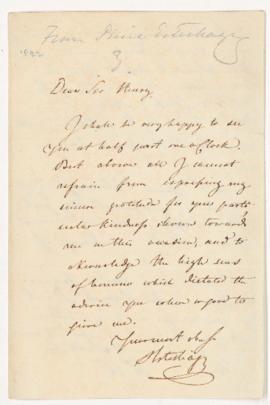 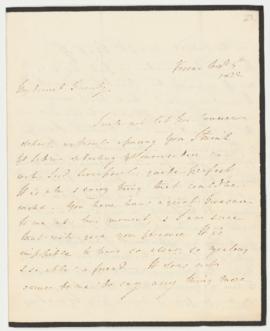 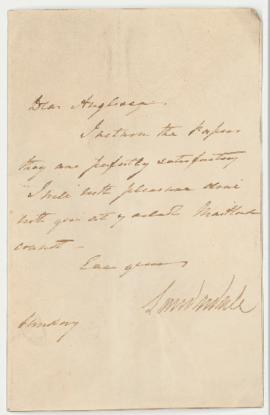 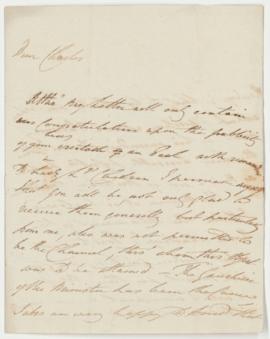 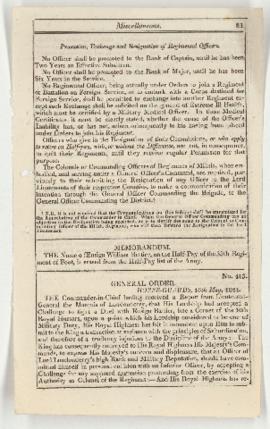 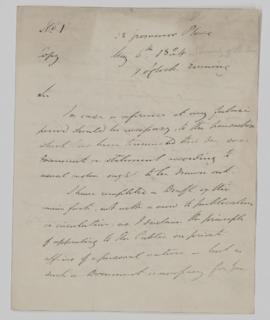 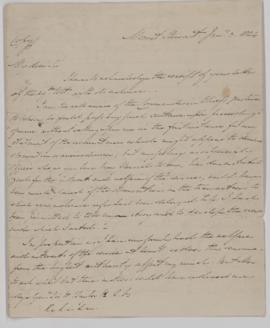 Henry Hardinge was born in 1785 in Wrotham, Kent, in 1785, the son of the rector of Stanhope, Durham. In 1799 he was residing in Upper Canada as a ensign in the Queen's rangers. Hardinge returned to Britain in 1802, purchasing a lieutenancy in the 4th foot regiment and becoming captain by purchased in the 57th foot regiment in 1802. Hardinge attended the Royal Military College in High Wycombe from February 1806 to November 1807. He served in Spain and Portugal under Sir Arthur Wellesley (later Lord Wellington) from 1807 to 1809. Upon returning home he was promoted major and appointed to the Portuguese forces, with whom he say action during the Peninsular War from 1811 to 1815. In 1820 he was elected Tory MP for the city of Durham and was subsequently re-elected four times. He married Lady Emily Jane (1789-1865) the following year, with whom he had four children. Hardinge worked in military administration from 1823 until his retirement from the army in 1827. He came Secretary at War to Lord Wellington in 1828 and, briefly, chief secretary for Ireland in 1830. Also in 1820 he was elected MP for Newport and MP for Launceston in 1834. He served again as Irish Secretary in 1834 and then as Secretary at War from 1841 to 1844. He was appointed Governor General in India in 1844, in which capacity he dealt with misrule in Oudh, legal reform, the Anglo-Sikh Wars in 1845-1846, and other economic and social reforms. Hardinge was elevated to the peerage in 1846 on account of his service in India, becoming the 1st Viscount Hardinge of Lahore and Durham. He returned to Britain and again served in military administration, becoming master-general of the ordnance in 1852, general commanding-in-chief later in 1852, and field marshal in 1855. He was responsible for numerous military reforms, but also army shortcomings during the Crimean War. In 1856 he was stricken with paralysis and resigned from his post. Hardinge died several months later in September at the age of 72.

The papers of Sir Arthur Henry Hardinge, 1st Viscount of Lahore and Durham, were deposited with McGill University in 1959 by the 4th Viscount Hardinge. The deposit was made a gift in 1972.

Hardinge's papers are divided into two series: manuscripts and correspondence. The manuscripts comprise about 550 documents, reports, memoranda, etc. relating to Hardinge's work as a career soldier and administrator. The Indian phase of his career is the least well covered. Many of these documents were written by others, such as the Duke of Wellington or Lord John Russell, though they contain Hardinge's marginal notes. Papers on the British Army cover such topics as religious services for soldiers, 1823-1844; the organization and reform of military supply departments, 1822-1830; an inquiry into British military education, 1822-1829; and the organization of the Medical Department, 1812-1828. Material on the Home Army covers the period 1814-1850 while material on Ireland, 1816-1843, concern not only the militia, but also more wide ranging economic, social and political issues, such as the commutation of tithes. Papers on British North America, 1815-1844, concentrate on defence of the St. Lawrence Valley and the Maritimes, with special emphasis on canals (Rideau, Lachine, Welland). The strength, distribution, health problems and pay of troops in India, 1846-1847; the fortification of Aden, 1825-1847; and military matters pertaining to the West Indies, Bermuda, Australasia, South Africa, Mauritius, China, the Iberian peninsula and the Crimea are also discussed. It should be noted that the Australian papers also contain a considerable body of civilian population statistics. Hardinge's files also contain materials on military finance, particularly army estimates, 1826-1844; half-pay and pensions, 1812-1832; pay and allowances, 1827-1841; and the finances of the War Office, 1803-1847. Finally, a section of miscellaneous papers includes addresses by Hardinge, memorials of civil and military officers, cases of military discipline, proposals for new weaponry, and some documents on the reorganization of the government in 1827. The only items of personal interest concern the duel between Wellington and Lord Winchelsea, in which Hardinge was Wellington's second. The Hardinge correspondence is of much the same character as the manuscripts. It comprises over 2,000 letters, the largest blocks falling in the periods 1828-1831, 1842-1844, and 1852. There is a particularly substantial body of letters from Wellington and Lord Londonderry. Supplementing these papers is a microfilm of Hardinge materials in Cambridge University Library. These place more stress on the Indian period, with a large number of letters from Sir Robert Peel.

This finding aid and the arrangement of the materials is based on the work undertaken by Rare Books and Special Collections in the 1980s, at which point it was reorganized from the organizational scheme imposed during its first processing in the 1960s by Howitt.
In 2019, the decision was made to retain this 1980s box listing with enhanced descriptions of box contents.