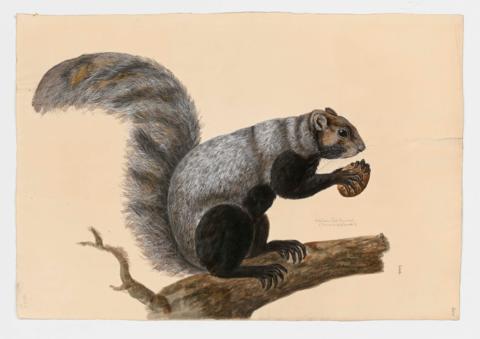 Translation of manuscript note on accompanying leaf: Mammalia Glires Sciurus
5 Virginianus
Sciurus virginianus with a grey back,
black feet and stomach,
and a striped tail.
It lives in American Virginia.
The Virginian Grey Squirell
with a Black Belly and Feet.
Com[m]only called the Fox squirrel
This is not described
Vol 6 N 25