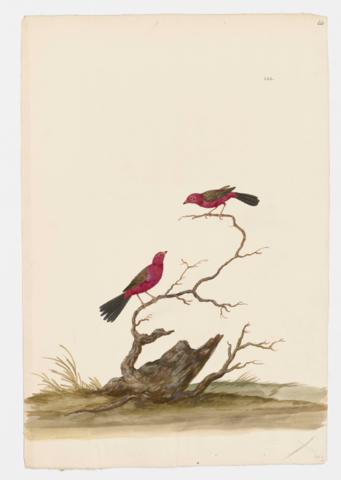 Habitat
This Bird is not described as I think

Translation of manuscript note on accompanying leaf:
Aves Passeres Fringilla
Fringilla with a wedge-shaped tail, red body,
green wings, black flight feathers on the wings and tail,
a pale beak with a black tip, pale feet,
and white rings around the eyes. It is the size
of the pari [titmouse].
It lives
This Bird is not described as I think