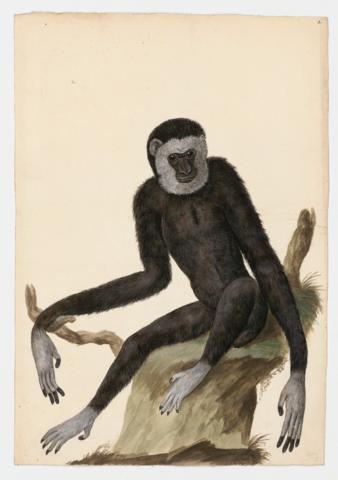 Primates Mammalia Simia
Niger [The black...]
Simia with no tail, bare black face, bare ears,
and a black-coloured body fully covered [in hair];
white hairs all around the face, and
white feet; the nails are broad on the inner side of the foot
but pointed on the outer side;
the fingers of the hands are black at the tips.
It is 3 feet high, and stands and sits erect like humans.
It is said that it lives in Africa.