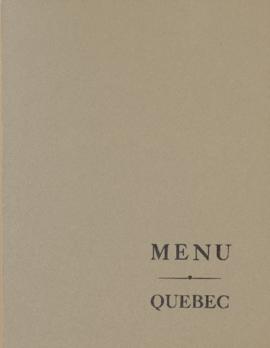 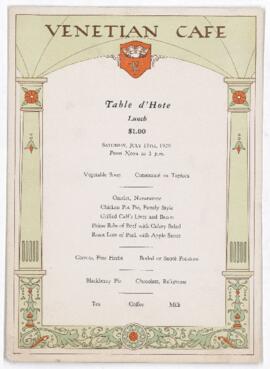 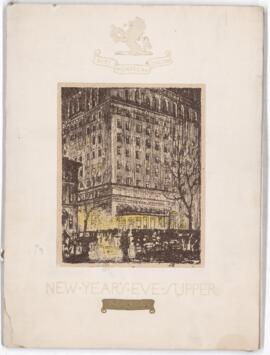 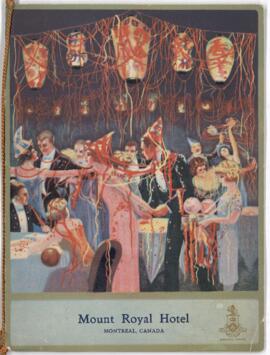 Collection consists of menus acquired individually by the library. Menus date back to 1877, but most of the menus are twentieth century. The bulk of menus are from Montreal-area restaurants and hotels, representing French, Quebecois, and other styles of cuisine such as Indian. Some menus are from specific dinners given at hotels, special events, or in honour of dignitaries, such as a dinner for Edward, Prince of Wales, 1919. A subset of menus relate specifically to travel and include train dining car menus and steamship menus.

Menus acquired prior to 2019 are locatable by accession number; menus acquired beginning mid-2019 are housed in archival boxes.