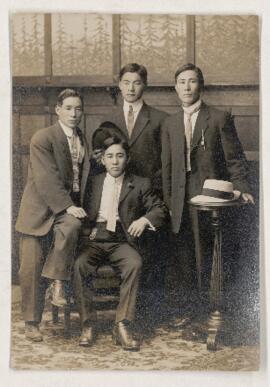 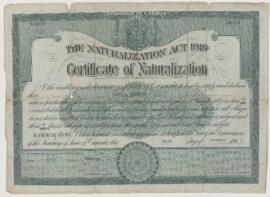 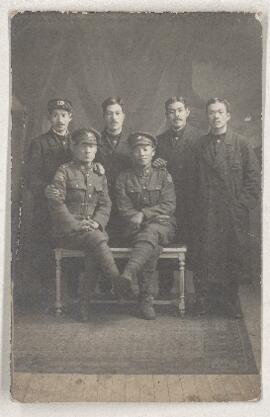 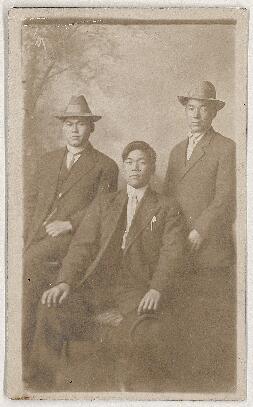 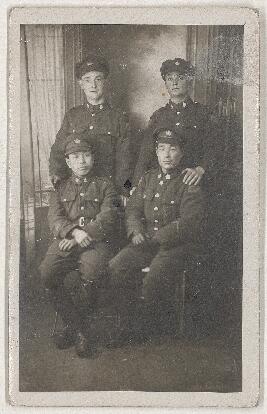 Katsuji Nakashima was born in Japan on October 5, 1887. He immigrated to Canada in 1909, residing in Vancouver, British Columbia. After the declaration of war on Germany in 1914, the Canadian Japanese Association established a special committee in order to form an all-Japanese unit. After several refusals from the federal government, Japanese-Canadian volunteers were able to enlist individually in Alberta units. On June 2, 1916, Katsuji Nakashima enlisted in the 13th battalion based in Calgary, Alberta, as part of the Canadian Over-seas Expeditionary Force. Nakashima left for England on June 22nd, and was brought up during the latter stages of the Battle of the Somme as reinforcements on October 4, 1916. On October 26, 1916, Nakashima was sent to the Vimy region, where he spent three months. After being involved in several other significant battles, his battalion was pushed in the region of Mons in Belgium, where he saw the end of the war. On February 1, 1917, he left Belgium and was discharged at Port Arthur (Thunder Bay, Ontario), on March 31st.

Nakashima then returned to British Columbia where he opened a fish market located in New Westminster. During the Second World War, Katsuji Nakashima was among other Canadians of Japanese origin that were sent to internment camps. Nakashima and his family were sent to Slocan, British Columbia. Their possessions, including the fish market, were seized. His journey after the internment camp led him to St. Thomas (Alma College) in Ontario, and later on to Farnham, Quebec. He finally arrived in Montreal, in late 1947 where he stayed for the remainder of his life. Katsuji Nakashima died on May 2, 1966.

The items forming the collection were passed to Katsuji Nakashima's daughter, Lois Yuriko Hashimoto (nee Nakashima), who then transferred them to her daughter, Emiko Hashimoto, several months before her death, on January 8, 2010. Emiko Hashimoto donated the material to McGill University Archives in 2010.

The collection documents the life of Katsuji Nakashima since his arrival in Canada in 1909. The material consists of a personal handwritten journal written on rice paper in ancient Japanese; a Dominion of Canada certificate of Naturalization issued in 1919; a passport issued by the Imperial Japanese Government (1921); invitations, bills and other ephemeral items (ca. 1910-1945); military photographs; an Internment Camp Ration Book; and other personal documents reflecting the civilian and military activities of Katsuji Nakashima. The collection also contains personal belongings such as Buddhist prayer items.

The item list from the donor indicates that the Japanese is Ancient Japanese.