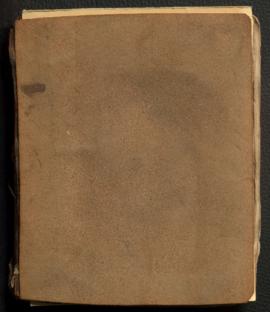 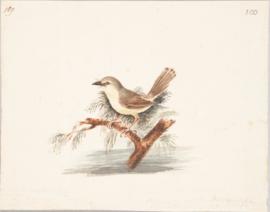 Painting of a small brown female bird with yellow belly, beige head and back of neck, chestnut coloured wing and tail. Bird is perched on branch with some leaves over lightly shaded water. Lightly pencilled illegible notes on bottom of paper. 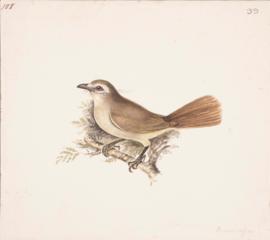 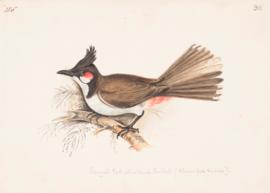 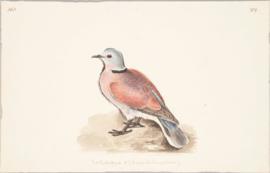 Painting of a bright peach-coloured dove with a light blue head and accents on the tail, which is also accented by dark grey. Black band on the back of the bird's neck. Bird is standing on plain shaded ground. Inscription at bottom centre rea... 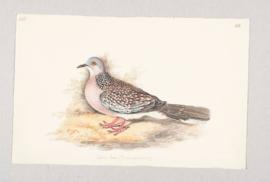 Painting of a dove with ombré blue and pink head, chest, and belly. The same colours are on the back and wings, with black speckles. Bird is standing on beige ground with shaded water and minimal suggestions of plants in the background. Inscriptio... 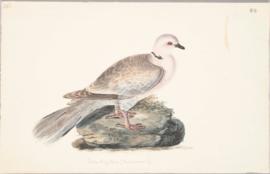 Painting of a light grey dove with slightly darker wings and tail, and a dark neck band and beak. Bird is standing on a rock with no other background. Inscription at bottom centre reads, "Indian ring-dove (Turtur risorius)." 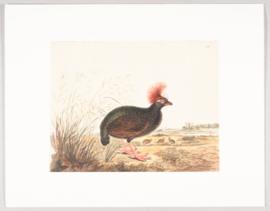 Mounted painting of a dark bird with round, green tail and brown wings and a fluffy red head crest. The white patch on the crown is not shown. Depicted in full background with foliage in left foreground, flat beige plains with three more birds, an... 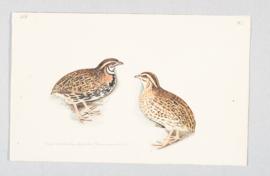 Painting of two small quails, speckled with white and various shades of brown, the bird on the left has darker black markings. Some shading underneath the bodies of the birds but no background. Inscription on bottom left in pencil reads, "Bla... 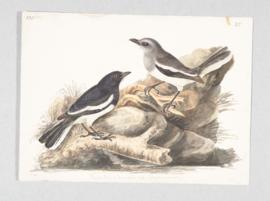 Painting of a pair of small birds perched on branches among rocks. The left bird: black with white belly, legs, and edges. The right bird: grey with white belly and legs, white and black edges. Partial background. Inscription at bottom centre read...