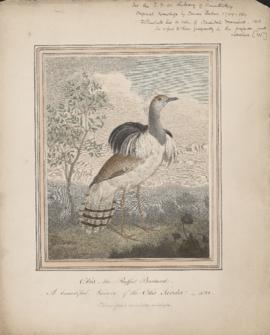 Item consists of colour illustration of ruffed bustard, with note: "A beautiful Variety of the Otis Tarda, 1811." Additional inscription in pencil underneath includes the scientific name: "Chlamydotis undulata undulata."

The company's records contain administrative, financial and publicity material. The administrative series comprises the minutes of the directors from 1929 to 1955 and of the executive committee from 1949 to 1956. An engagement book records co... 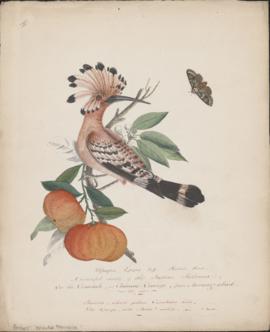 Item consists of a colour drawing of a hoopoe poised on a Kamala orange branch next to a butterfly in flight, with identification, description, and two lines of verse written in pen in contemporary hand: Upupua Epops, Buff. Hodod, Hind. A beautifu... 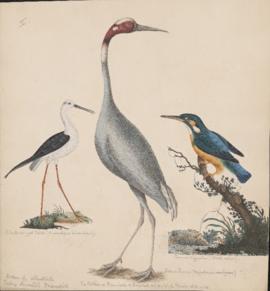 The Edu-kit is a portfolio of information on Expo 67, including a fact sheet, fold-out site map, colouring sheets of the United States and Canadian pavilions, a map of Canada and the U.S., and a sheet of 30 stamps featuring images of country pavil...