Typed copies of the official and private correspondence, 1814-1821, held in the McCord Museum in the William MacKay Papers. They consist mainly consist of military records such as commissions, 1813-1814, correspondence between members of the Brit... 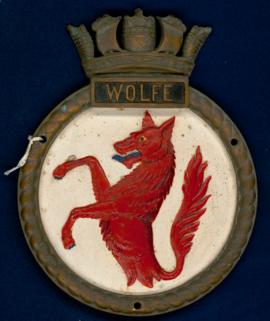 Ship's badge of HMS Wolfe. Topped with a naval crown, the plaque features a red wolf rampant against a white field. 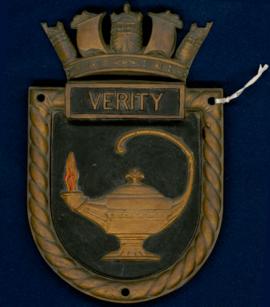 Ship's badge of the HMS Berwick. 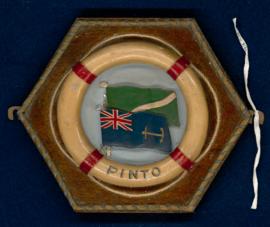 Ship's badge of the HMS Pinto, completed in 1928 and commissioned as a rescue ship in 1942. Plaque is in the ship of a hexagon featuring a ring buoy life preserver with two flags inside.