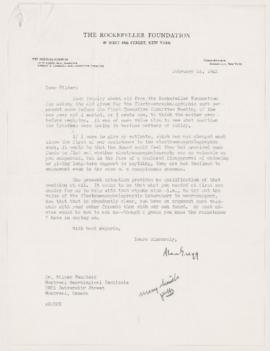 The file contains correspondence, plans, and statement of accounts related to the creation of an Electroencephalography (EEG) Laboratory at the Montreal Neurological Institute. 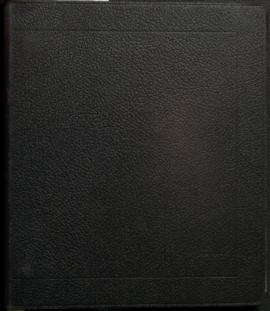 MNI Hospitalization I - 'Ward Manual of Neurology and Neurosurgery'

The file contains a copy of ‘Ward Manual of Neurology and Neurosurgery’ edited by Robert H. Pudenz and Guy L. Odom, Montreal Neurological Institute, 1942. Placed in a binder, it contains diagrams and photographs. 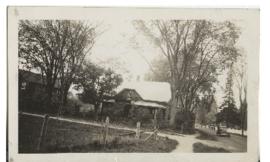 Includes photographs and clippings mostly of Maude Abbott, including one of McGill convocation. 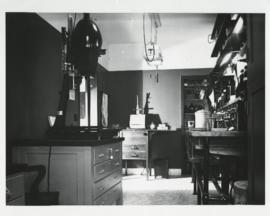 [Photograph 77-1087] The inside of an unidentified laboratory 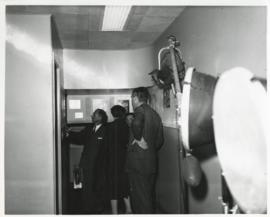 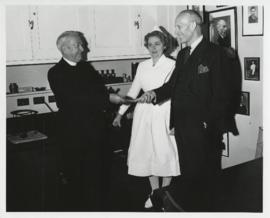 MNI-WGP in action with others 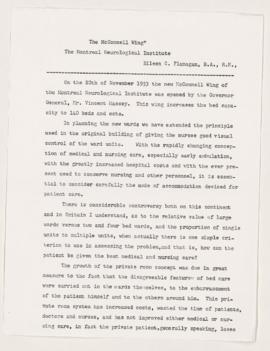 2 architects drawings of the McConnell Wing by Fetherstonhaugh, Burnford, Bolton & Chadwick, from front and above the Neuro.; [1951, March 1951] The Gazette 'Wing for Neurological Institute assured by J.W. McConnell Grant'.; Copy of... 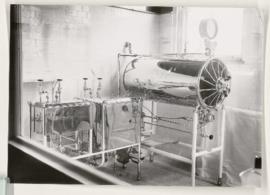