This collection reflects Henry S. Chapman's relationships with a number of important figures in Montreal's political and business history, between roughly 1833 and 1853, the period following Chapman's return to London. A significant... 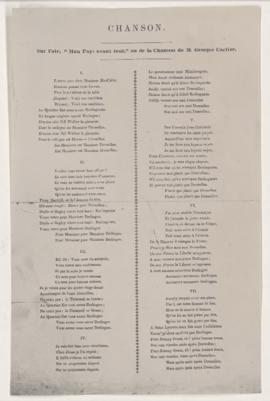 Printed textual material related to political reform in Canada in the 1830s. Includes words and music for patriotic songs, newspaper clippings of historical and politic writings, political resolutions and petitions, a certificate of thanks from th... 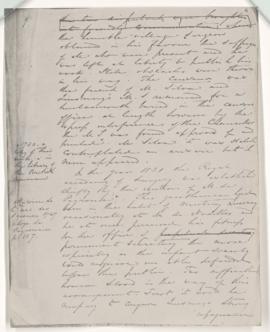 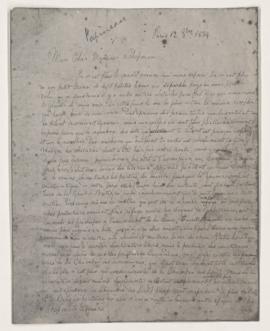 Business, political, and personal correspondence. All letters are addressed to Henry S. Chapman, sent to him by Louis Joseph Papineau (2 letters), Edmund Bailey O'Callaghan (2 letters), and an unidentified correspondent. Contents of letters i... 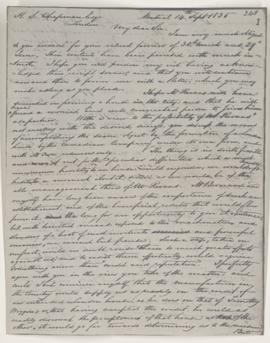 The Miller and his Men

Toy theatre play "The Miller and his Men," with complete play, including the book of the play and the characters and scenes coloured and uncut.

Consists of autograph letter from Charles Burney to Lady Banks, dated 26 March 180 and written from Chelsea College. The letter is written in brown ink and has remains of wax seal. The letter contains in particular lengthy discussion of the Italia...

Collection consists of one bound manuscript notebook softbound in a piece of brown leather. The notebook dates chiefly from 1841 and was produced in St. Armand by Philip Luke. The notebook contains a title page that has been lettered, illustrated,...

Fonds consists primarily of records related to the administration of the Scottish Centre of Montreal, including management of its building and finances. Other administrative documents include directories and guests. Fonds also includes meeting min...