The fonds contains the company's business correspondence related to the importation of food products, essences, and spices from international manufacturers, and other business expenditures, as well as some correspondence with government regul... 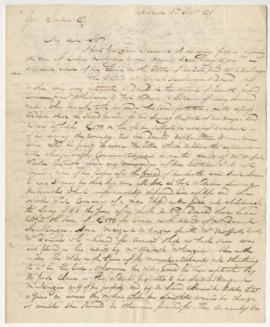 File includes a kept copy of a letter to George Simpson. Also an extract from a letter to J. Moffatt from R. Mackenzie dated Dec. 18, 1829 included in plastic sleeve. 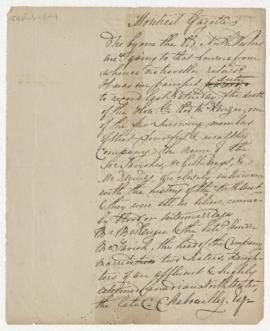 File includes five documents effected after the death of Roderick Mackenzie, including: a draft of Mackenzie's obituary; an invoice for the purchase of mourning goods; an affidavit testifying to the authenticity of Mackenzie's "test... 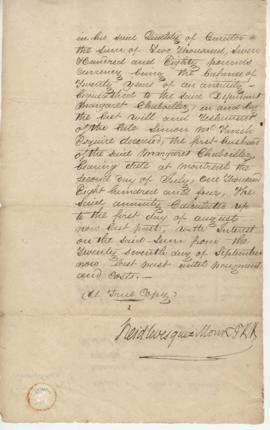 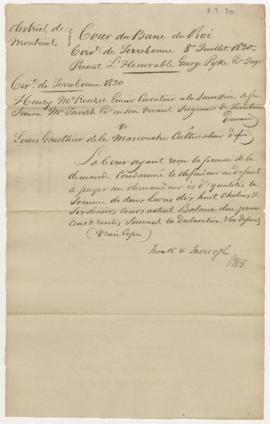 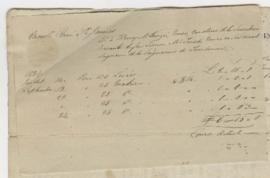 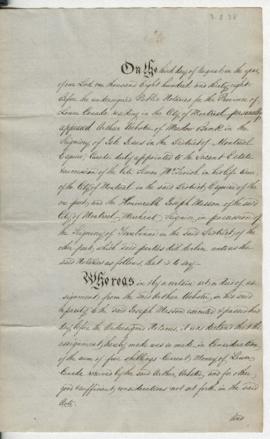 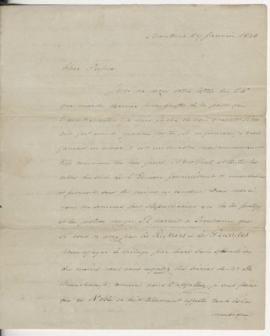 Letter to Roderick Mackenzie from his son

Includes one letter (in French) to the Hon. Roderick Mackenzie from his son, Roderick-Charles. Letter discusses Mr. Gibbs' loss (a fire burned down his premises), arson in New York and the southern cities in the Union, and provides interestin... 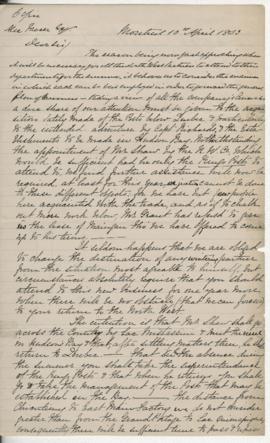 File include a copy of a letter from McTavish, Frobisher & Co. to Alexander Fraser of the North West Company. Letter regarding the posts below Quebec lately added to the Company; intended adventure of Capt. Richards to Hudson's Bay; Angus... 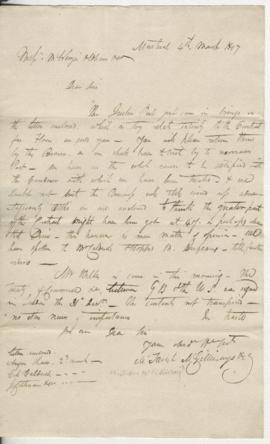