Traquair's papers largely concern his work as a lecturer. School of Architecture lectures in architectural history cover the classical, mediaeval and modern periods (ca 1935-1936), while those on architectural ornament are largely devoted to ... 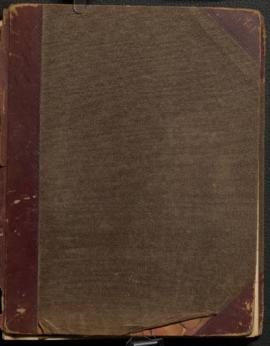 Fonds records Murray’s university education, and his teaching and literary activities from 1869-1904. The papers (originals and photocopies) also reveal his interest in the history of his family, and contain a very small number of personal items. ...

The fonds consists of multiple functions that demonstrate the University Club of Montreal’s administrative responsibilities, association with different clubs, operation of various committees, and activities from 1906 to 2013.The series are compris...

The Post-Graduate Students' Soceity of McGill University (PGSS) fonds consists of the corporate records, including correspondence, meeting minutes, reports, pamphlets, and other administrative records from 1960-2011.

The papers of "Jackrabbit" Johannsen reflect his personal, professional and recreational activities, mainly between 1934 and 1985. The largest part of the papers consists of correspondence with friends and organizations, particularly rel...