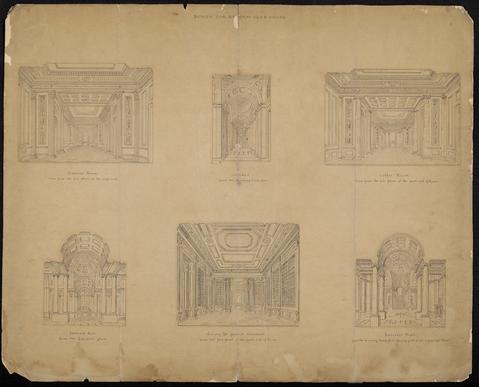 Sir Charles Barry (1795-1860) was one of the preeminent British architects of the nineteenth century. His work can be considered as the epitome of historicism, as he designed buildings in the Gothic, Greek, and Renaissance revival styles. He is best known for his competition-winning designs for the Houses of Parliament in London (1836) and for the designs of private clubs such as the Manchester Atheneum (1836-1839) and the Reform Club in London (1837-1841).