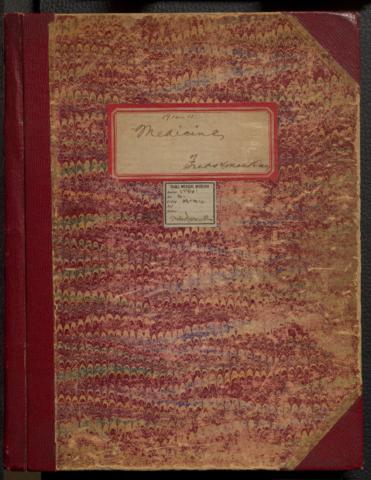 Frederick Holland Mackay was born in Prince Edward Island in 1884 and educated at the Prince of Wales College, Charlottetown. After a period in a C.P.R. construction camp in Western Canada, Mackay came to McGill to study medicine. He graduated in 1912. His experiences in France during the First World War determined his interest in neurology, and he was Assistant Neurologist at the Royal Victoria Hospital and later Neurologist at the Montreal General Hospital.

Provenance unknown. Was for a time in the McGill Medical Museum. Old accession number 244