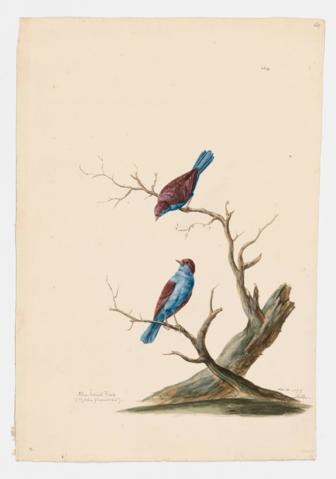 Manuscript note on back of drawing: Azulinba from angola in africa