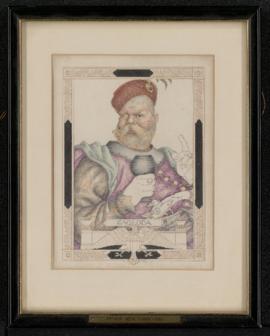 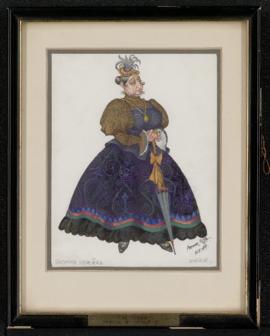 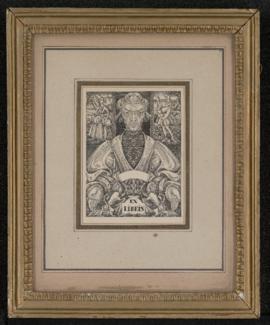 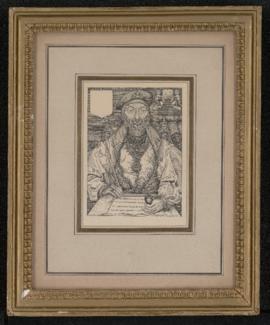 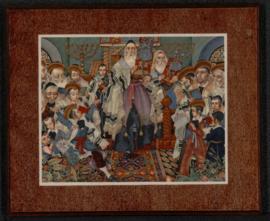 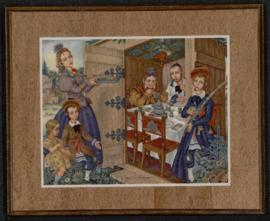 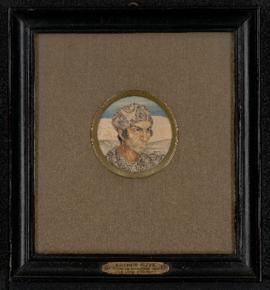 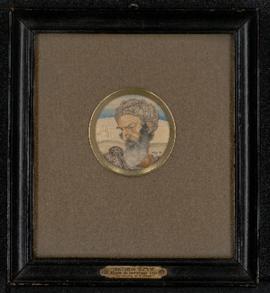 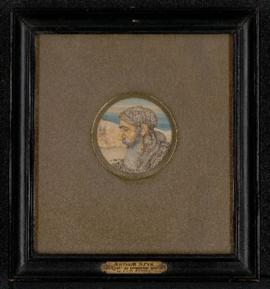 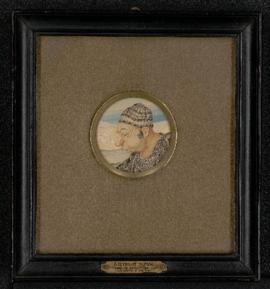 Arthur Szyk was a Polish-Jewish artist who worked primarily as a book illustrator and political artist. He was born on June 16, 1894, into a prosperous middle-class Jewish family in Łódź, Poland. He showed artistic talent as a child. He studied art at Académie Julian in Paris, France, and at Jan Matejko Academy of Fine Arts in Kraków. He was closely involved with the social and civic life of Łódź, producing numerous drawings and caricatures on contemporary political themes, published in the Łódź satirical magazine Śmiech ("Laughter").
In 1921, he moved to Paris where he illustrated many books, e.g. the Book of Esther (Le livre d'Esther, 1925), followed by Gustave Flaubert's dialogue The Temptation of Saint Anthony (La tentation de Saint Antoine, 1926), and Pierre Benoît's novel Jacob's Well (Le puits de Jacob, 1927). In 1922, he spent some time in Morocco, then a protectorate of France, where he drew the portrait of the Pasha of Marrakech. In 1933, when Adolf Hitler took power in Germany, he drew his caricatures and other political caricatures of the leaders of the Axis powers (Hitler, Mussolini, Hirohito) which gained him broad popularity in the United States. In 1940, he settled permanently in the United States. His drawings appeared everywhere: in newspapers, magazines, on posters, postcards, and stamps, in secular, religious, and military publications, on public and military buildings. He also produced advertisements for Coca-Cola and U.S. Steel, and had over 25 exhibitions in many galleries all over the United States and in Poland, France, Israel, and the United Kingdom. The end of the war released him from the duty to fight Nazism through his caricatures and he returned to book illustrations, e.g. The Canterbury Tales by Geoffrey Chaucer and, most notably, books telling Bible stories, such as Pathways through the Bible by Mortimer J. Cohen (1946), The Book of Job (1946), The Book of Ruth (1947), The Ten Commandments (1947), The Story of Joseph and his Brothers (1949). Some of the books illustrated by Szyk were also published posthumously, including The Arabian Nights Entertainments (1954) and The Book of Esther (1974). In 1948, he was granted American citizenship. He commemorated the Israeli Declaration of Independence of 1948 by creating the richly decorated illumination of the Hebrew text of the declaration. He continued to be politically engaged criticizing the McCarthyism policy and signs of racism. His well-known drawings from 1949 show two armed members of the Ku Klux Klan approaching a tied-up African American; the caption for the drawing reads, "Do not forgive them, oh Lord, for they do know what they do."
In 1991, the non-profit organization The Arthur Szyk Society was established in Orange County, California, staging many exhibitions in the 1990s and 2000s and maintaining a large educational website, holding lectures, and producing publications on the artist.

In 1916, he married Julia Likerman and they had one son and one daughter. He died of a heart attack on September 14, 1951, in New Canaan, Fairfield County, Connecticut.

Fonds consists of many examples of Szyk's illustrations in the form of prints, commercially-reproduced illustrations, and drawing studies, as well as printed ephemera. Examples of Szyk's illustrations reproduced on commercial products or other items include postage stamps, posters, book jackets, and calendars. The fonds contains ephemera related to or containing Szyk illustrations, including newspaper clippings and issues of magazines featuring articles on Szyk or reproducing one of his designs. Box 10 contains original drawing studies, mostly for the Book of Esther. The fonds also contains materials related to an exhibition on Szyk at McGill University Library held in 1954.

The Norman Friedman Boy Scout Collection was given to the library by its creator in 1946. Norman H. Friedman was not only a Montreal book collector but also was very active as an adult leader in the scouting movement. The collection contains some 341 titles in 830 volumes including short runs of serials. The material is almost exclusively British and Canadian and dates before 1950. Many of the items are of an ephemeral or pamphlet nature, but there is a copy of the first edition, in parts, of Scouting for Boys (1908) as well as later editions. The collection also includes autograph letters from Sir Robert and Lady Baden-Powell.