Collection consists of photograph albums and publications from Jean Drapeau's library related to significant events that occurred during his mandates as mayor of Montreal (1954 to 1957 and 1960 to 1986). Photograph albums, brochures, and publ...

This collection is divided into material either by, or about, Wilder Graves Penfield. The material was collected by Lewis in order to write his biography. The fonds also includes materials associated with Mr. Lewis' writing of the biography.T...

The Grierson Collection was assembled by the Communications Department, McGill University, by soliciting, from a variety of sources, documentation on Grierson himself, on the institutions for which he worked (particularly the National Film Board o... 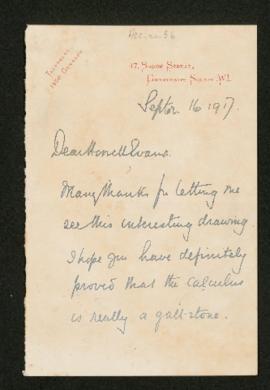 Collection contains over 700 prints of portraits, mostly English physicians of the eighteenth and nineteenth centuries, but also pathological illustrations from the late 1860s to the mid-1920s. The collection includes papers, clippings and reprint...

The collection consists of informational files on Juda Hirsch Quastel, collected by T. L. Sourkes and F. C. MacIntosh for a biography of J. H. Quastel for "Memoirs of the Royal Society of London", vol. 36, 1990. The files include materia...