The fonds consists of a diary and a photograph album that chronicle Clare Gass's experiences as a nurse with the Canadian Army Medical Corps in France and England during the First World War. The diary contains entries dated between 4 March 1915 to 31 December 1916 and also features an early appearance of the poem "In Flanders Field," written by John McCrae during the war upon the burial of a close friend. It is copied out in the diary entry for 30 October, nearly six weeks before its first publication in the magazine Punch on 8 December 1915. The diary originally had ephemeral material originally laid in, including newspaper clippings, manuscript notes and letters, one photograph, pencil drawings, and ten dried plant specimens. These have been removed from the diary for preservation purposes. 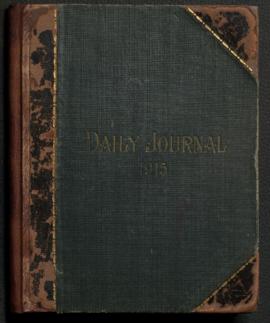 File consists of various bills, receipts, and other business documents. 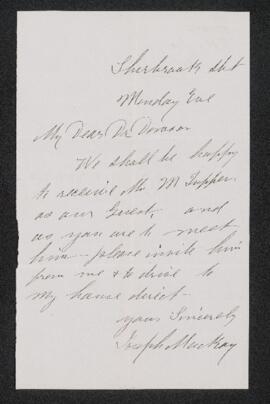 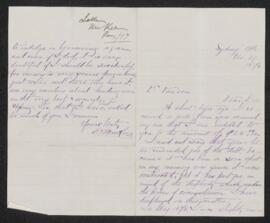 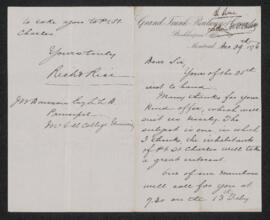 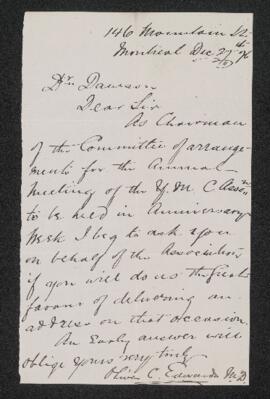 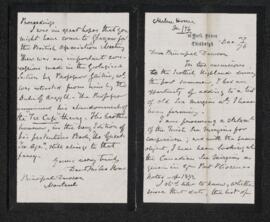 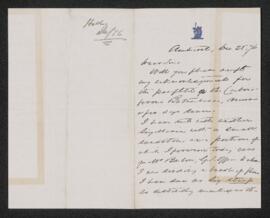 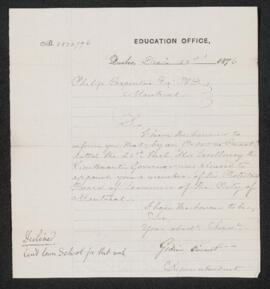 Letter from Gédéon Ouimet to Philip Carpenter, written from Quebec.