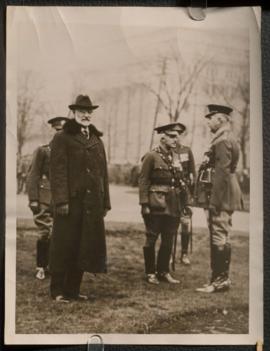 This file contains a photograph of Admiral William S. Sims on Armistice Day. 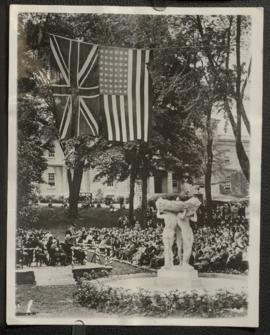 Photo of unveiling of Goodwill fountain

This file contains a photograph of a ceremony for the unveiling of the Goodwill Fountain, 1931. 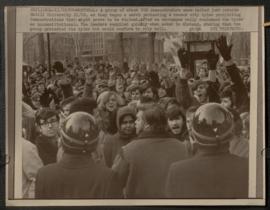 This file contains a photograph of a protest by McGill students against a new Montreal by-law prohibiting "demonstrations that might prove to be violent." 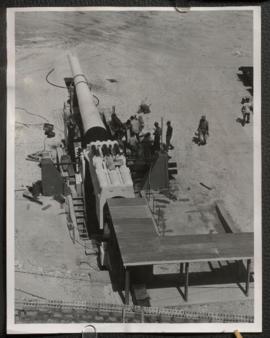 This file includes a photograph of a fomer US navy gun that has been retooled to launch space probes by a team from McGill working in Barbados. 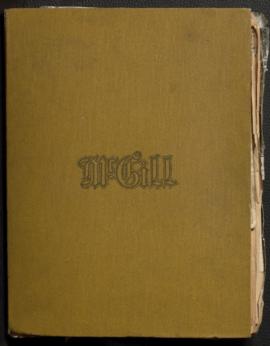 This item is a scrapbook of McGill ephemera with "McGill" on the cover, owned by Gladys McEwen, BA 1923. Includes concert and theatre programs, convocation ephemera, and newspaper clippings. 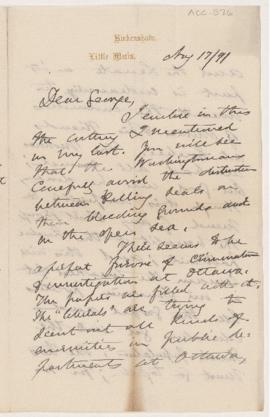 Letter from William Dawson to George, written from Little Metis. 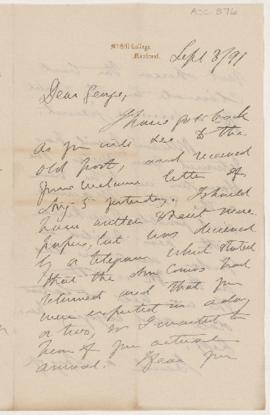 Letter from William Dawson to George, written from Montreal. 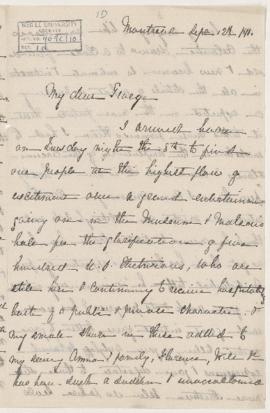 Letter from Margaret Mercer Dawson to George, written from Montreal.