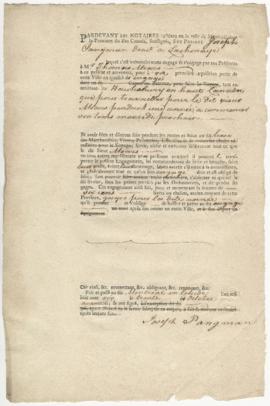 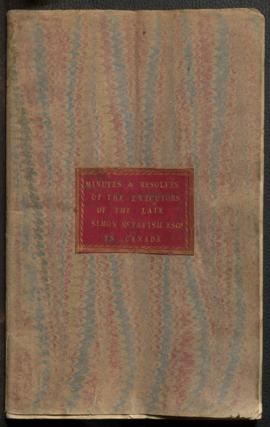 Minutes & resolves of the executors of the late Simon McTavish Esqr. in Canada 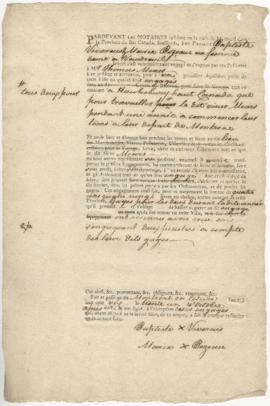 Contract between Baptiste Viverais and Marie Bezeau and the outfitter Thomas Mears. The contract outlines conditions of unspecified employment in Hawkesbury, Upper Canada, for the duration of one year and payment of 480 livres for both. The contra... 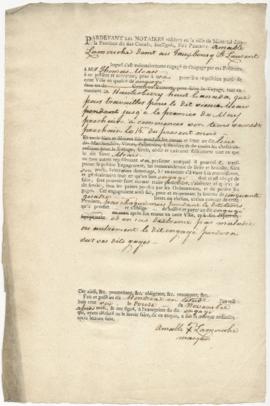 Contract between Amable Lamouche of Faubourg St. Laurent and the outfitter Thomas Mears. The contract outlines conditions of employment (as an "éngagé," or journeyman) in Hawkesbury, Upper Canada, for the duration of 6 months (15 Novembe...

Contract between Louis Gauthier of Mascouche parish and outfitter Thomas Mears. Contract does not specify occupation or terms. 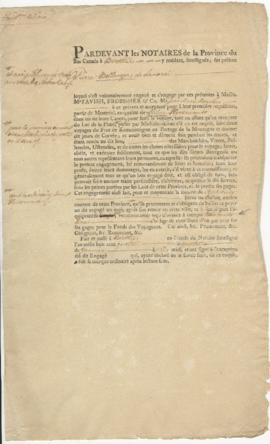 Contract between Pierre Bellager of Lanoraie and outfitter Jean-Marie Boucher. The voyageur receives 300 livres on account Contract duration is two years. Payment is for 700 livres per annum. Position given as "wintering" milieu. Destina... 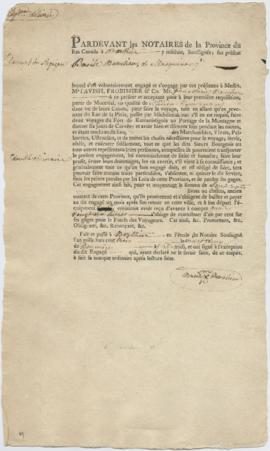 Contract between Basile Beaulieu and outfitter Jean-Marie Boucher (agent) for McTavish, Forbisher & Co. Voyageur has received 90 livres on account Contract duration is two years. Payment is for 700 livres per annum. Position given as "win... 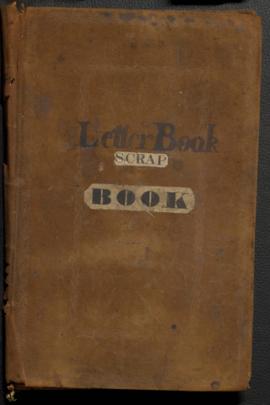