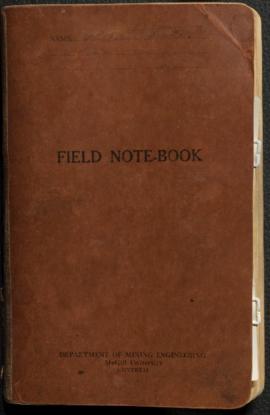 This items is a notebook containing notes, sketches, and photographs related to a McGill Mining School survey conducted in May 1936. Includes index and note in red pencil containing feedback from a professor or supervisor, red edits and annotation... 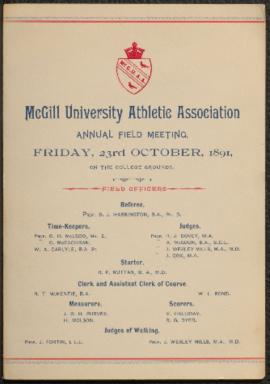 This file contains is a programme for the annual field meeting of the McGill University Athletic Association, held 23 October, 1891. Includes names of judges and officials, and a list of events. 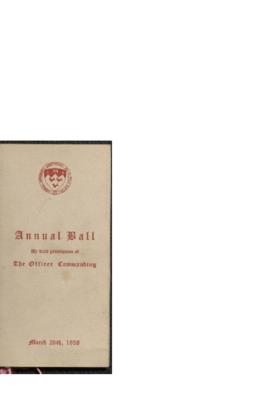 This file contains a partly filled dance card for the 1938 annual McGill COTC ball, held in March 26, 1938. Includes a small pencil attached to the dance card 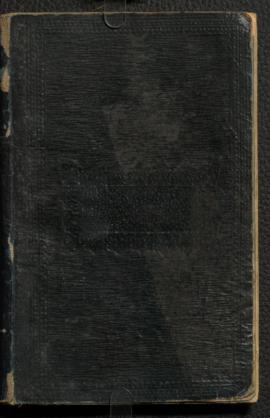 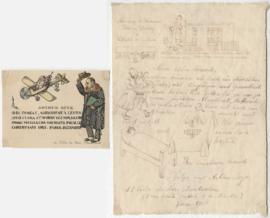 Illustrated letters and one Christmas card

File includes 5 illustrated letters and one Christmas card addressed to Harvey Glemby and his wife, from Paris.