The fonds consists of books, letters, documents, drafts, publications, photographs, and several artifacts collected by W. W. Francis and Marian Francis Kelen over the course of their lifetimes. Many books and documents relate to Sir William Osler and the Osler family including several personal letters, the Deed of Trust documents regarding the Bibliotheca Osleriana, drafts of Osler's works, and a wooden travelling trunk that belonged to Edward Revere Osler. The fonds also includes original poetry written by Marian Osborne, W. W. Francis, and Marian Francis Kelen.

The fonds contains materials that Dr. M. Entin collected for his biography of Dr. Archibald. Mainly include articles relate to tuberculosis, pancreatitis, wound healing, history of surgery, and scientific writing. It also includes letters from Edward Archibald to Mrs. Archibald, letters to Archibald from William Osler and Sir Henry Gray, addenda of Archibald's world journey in 1936, and articles by Archibald.

Some draft chapters of the biography of Dr. Archibald and research data for 100th Anniversary of Royal Victoria Hospital can also be found in the fonds.

The fonds contains the manuscript of his book William Osler : A Life in Medicine. 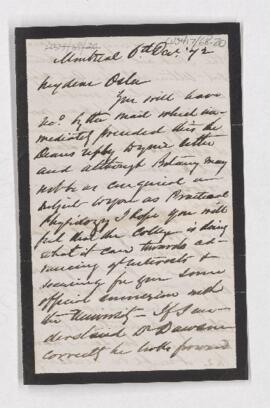 Letter to William Osler from Robert Palmer Howard, Montreal, Quebec, Canada. Howard knows that Osler would have preferred to teach Practical Physiology than Botany. He hopes Osler understands that the offer of the Chair of Botany was made by McGill in an attempt to develop a connection between Osler and the University. McGill is so poor and needy that it could not fund a lectureship in Practical Physiology at present. He advises Osler to concentrate on general practice and to obtain a degree from the F.R.C.S. in Edinburgh. 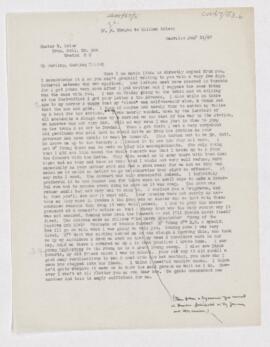 Letter to William Osler from J.C. (Jemmy) Morgan, Oakville, Ontario, Canada. Jemmy describes his trip to Dundas, where he met the Oslers, Mr. Hatt and Mr. Young. He reports on the Weston School and students that have recently passed away. Includes manuscript notes. 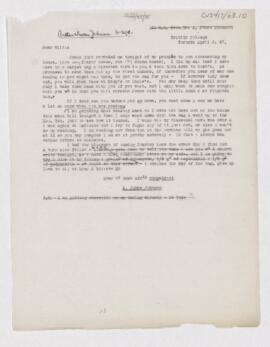 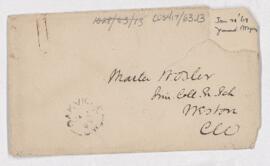 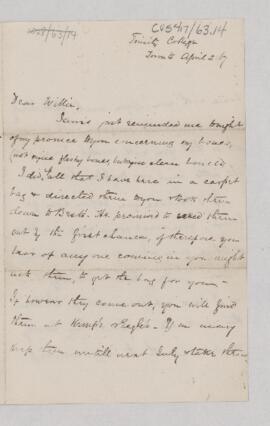