Letter from E. A. Meredith to B.J. Harrington.

Letter from Henry G. Vennor to B.J. Harrington regarding a Geological Survey of Canada report. With a "Catalogue of Universals for the Centennial Exhibition at Philadelphia," containing specimens and descriptions. 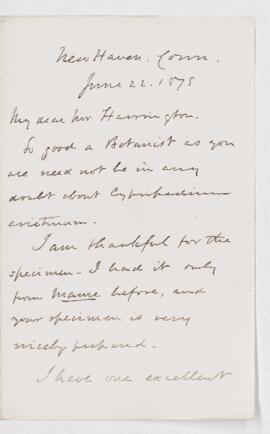 Letter from D.C. Eaton to B.J. Harrington thanking him for a specimen. 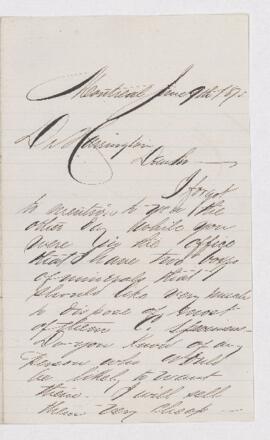 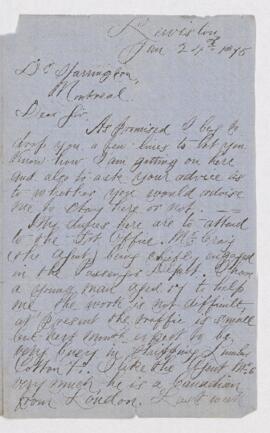 Official check for fees for Bernard's investigation into the "subterranean disturbances at St. Baziles."

Document from the Department of Crown Lands relating to the earthquake in the parish of Saint-Basile, Quebec, asking for a geologist to look into the event. Appended to document are related notes by Bernard. 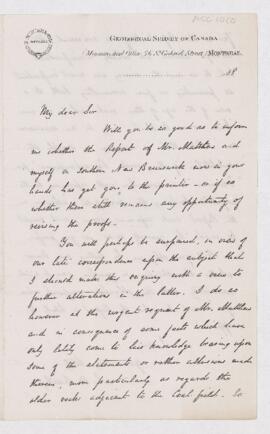 Letter from Professor Bailey relating to alterations in Geological Survey of Canada reports. 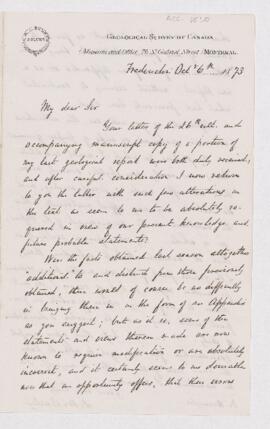 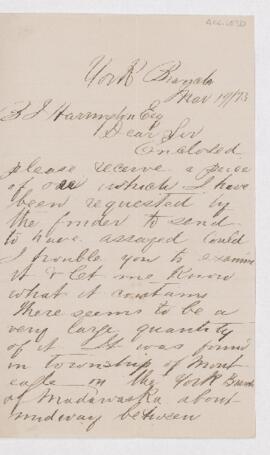 Letter from Duncan E. Dewar sending specimen to have assayed. Bernard has included a copy of his response on the letter, saying that the specimen is an ore of lead called galena.
Results 1 to 10 of 909