1 reprint, added to file Nov. 1978.; 1 hand-written and signed letter from Carr Sherrington to WGP, 23 Apr. 1934. The letter is 1 leaf (2 pages) and contains biographical data. The first page of the petter is annotated by WGP "Give to Elvidge...

Sub-series consists of bound appointment diaries used by Dr. Penfield to kep track of both his personal and professional engagements between 1930 and 1976.

This series contains several of Dr. Penfield's personal appointment diaries, and several diaries of his wife, Helen Kermott Penfiedl. It also currently includes a photograph album from 1913-1916, a scrapbook from Dr. Penfield's time at G... 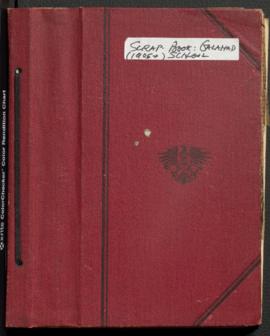 The file contains a scrapbook from 1905-1917 about the Galahad School. It includes lists of students, a history of the school, events, newspaper clippings, poetry, short essays, recitals, copies of the Galahad Signet newsletter and postcards and p... 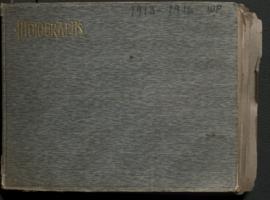 The file contains a photograph album with portraits, group shots, and scenic snapshots of Princeton and Oxford.

The file contains the diary of Wilder Penfield for December 1967 to June 1968. The first 49 pages are numbered and Penfield has added in entries on extra paper. The diary documents Vanier Institute of the Family concerns; Penfield’s thoughts on th...

The file contains the diary of Wilder Penfield for July 1968. The diary has been written in a ‘Walker’s “Year by Year” Books’ volume and Penfield has crossed out the original dates. The diary documents Vanier Institute of the Family business; the ...

The file contains the diary of Wilder Penfield for October 1968 to January 1969. The front cover is inscribed “Oct 1968 to Jan 21 1969 Japan + Reflections re mind + br”. The diary primarily contains Penfield’s trip to Japan for the Okayama Congres...

The file contains the diary of Wilder Penfield for November 1969 to likely January 1971 (the last entry is labelled as January 15 1970, out of sync with previous entries). The diary documents Penfield’s award and work trips, including the Society ...