Architectural drawings documenting ten projects of the practice of the Montreal architect John Smith Archibald are found in this subfonds along with photographs and postcards assembled by Archibald and his associates.Includes:"Architectural D...

The fonds contains architectural drawings and textual records documenting projects by the Montreal architect John Smith Archibald as well as the various firms with which he was associated, including Saxe & Archibald, Archibald & Illsley, a...

Contains 1 architectural drawing, 1941, containing a detail of a plan and an elevation for alterations and additions to the Windsor Hotel in Montreal.Contient 1 dessin architectural, 1941, représentant le détail d'un plan et d'une élévat...

"Architectural Drawings, 1948-57, 74 drawings." Four Montreal projects are documented by drawings: they include the Monklands High School, an office building to accommodate Postal Station B, proposed alterations to the Windsor Hotel for... 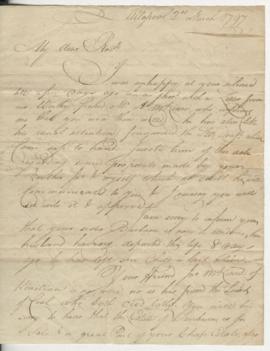 Series consists of documents related to the fur trade assembled by Roderick Mackenzie. 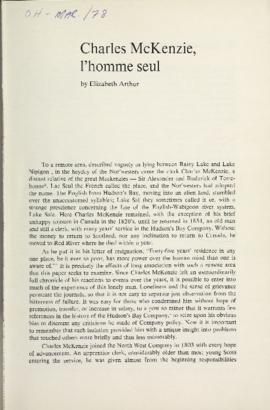 File consists of six letters written by Charles McKenzie and a poem entitled, "The Story of Dearmed MacJurl, a renowned Chief among the Fingallions. His Amour with Graina NicUvich and their Tragical Death" also by Charles Mackenzie.