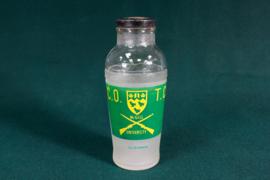 This item is a glass C.O.T.C. bottle that belonged to C.C. Jennings. The bottle is clear and frosted glass with a green and yellow label painted onto the glass. Label has McGill shield and crossed rifles with "C.O.T.C., McGill University" in yellow and "C.C. Jennings" in green beneath the label. 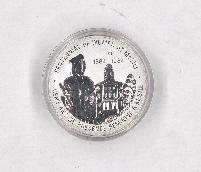 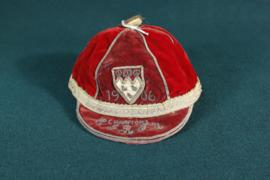 This item is a Canadian Intercollegiate Rugby Football Union (CIRFU) championship cap from 1906, belonging to Alan H.N. Kennedy. The cap is red velvet with wire trim and wire embroidery of "1906 Champions C.I.R.F.U." and a McGill shield. 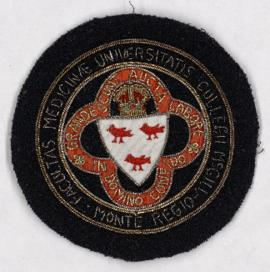 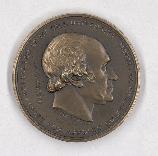 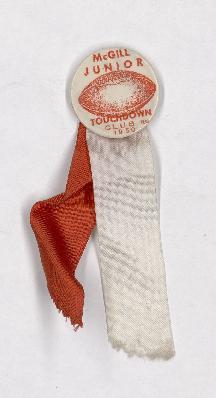 This item is a red and white pin with red and white ribbons for the McGill Junior Touchdown Club, 1950. Pin has a drawing of a football on it in red.

This item is a small leather triangle with McGill coat of arms, likely a leather tobacco premium.

This item is a triangular felt banner that reads "M.C. Agriculture '11" The banner is green with white and red borders and text in orange. Verso has black ink signatures, the title "Classmates" and a crest that reads "Duty, Macdonald Agriculture '11"